On February 24th, OICE (an Italian employer’s association representing Italian engineering, architectural, and technical-economic consulting organizations) released their 5th BIM Tender Report for 2021.
The presentation featured the principal data regarding the application of BIM methodology in calls for tender issued by Procurement Authorities in Italy.
The report highlights how BIM has grown as an indispensable tool over the last five years for Procurement Authorities who recognize its efficiency and convenience.
There has been an increasing need for professionals trained and competent in the use of BIM, which is reflected in the significant increase in the number of requests for BIM-certified personnel (BIM Managers, BIM Coordinators, and BIM Specialists).
ASDEA S.r.l. was one of the first companies in Italy to adopt BIM methodology. Since 2013, ASDEA has benefitted from the increased productivity BIM offers through the standardization, simplification, and automation of processes and the use of cloud-based systems. It also reduces interferences and errors on-site and helps maximize information sharing.

Thanks to our notable experience in the field, our company is certified according to the UNI 11337 laws (an Italian law regarding the adoption and implementation of BIM). Our team even has a BIM Manager, BIM Coordinator, and several BIM Specialists.

One of our most successful projects implemented using BIM methodology was the design of the St. Stephen Church Deanery (Nigeria). The building, designed for use as a worship space, is characterized by a double-curved gridshell-type steel cover with reinforcing arches, an internal r.c. skeleton, and stairs and walkways made of a metal lattice-work structure.

Given the complex nature of the work, the application of BIM methodology was fundamental to the success of the project. It allowed the designers to develop a wholistic understanding of the spatial elements. Such a complex design with such vast proportions inevitably gives rise to a variety of mismatches between the architectural, technical, and structural plans, but the use of BIM and the improved interchange between the different professional areas allowed for the swift resolution of such issues.

The same winning approach was adopted for the Ex-Fater Towers project in Pescara. In this case, the idea of interoperability was interpreted and applied in two different ways. First, the flow of information between the different disciplines involved in the project was guaranteed, which is a fundamental aspect also for interventions on existing buildings like in this case. Workflow optimization was achieved by creating a single Revit model shared between the various designers. Second, the most innovative technologies were exploited to optimize the interchange between the various specialized software required by the different design aspects.

For the second application, the Ex Fater Towers project, three different software were used: Midas Gen for FEM modeling and structural calculation, Revit for general construction, and Tekla Structure for reinforcement construction details. Interoperability between these was possible thanks to a special Midas Gen plug-in, able to import and export the FEM model in Revit, and the implementation of the standard IFC format used to transform the Revit model into Tekla for defining the reinforcements. The following images show the BIM model realized in Revit and then exported in Tekla Structure for construction planning. 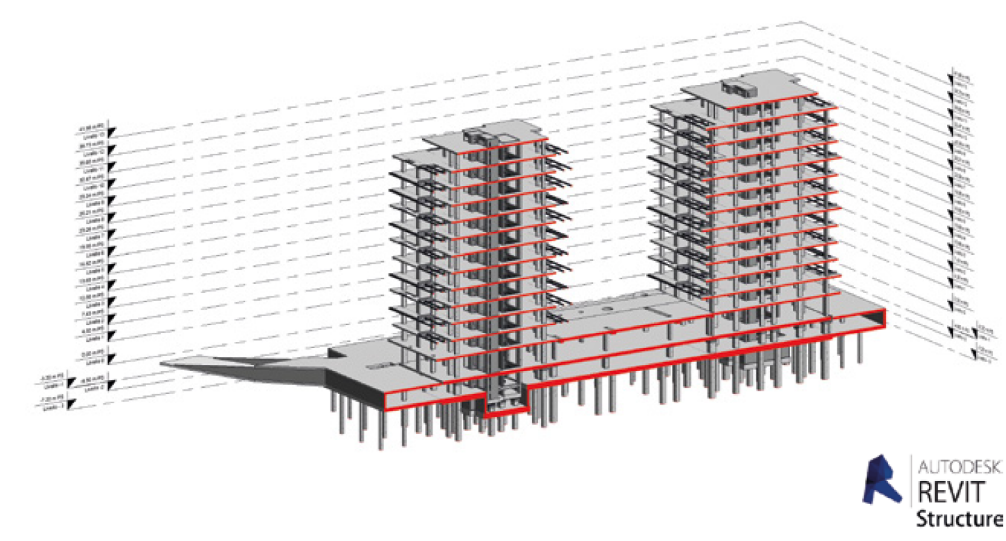 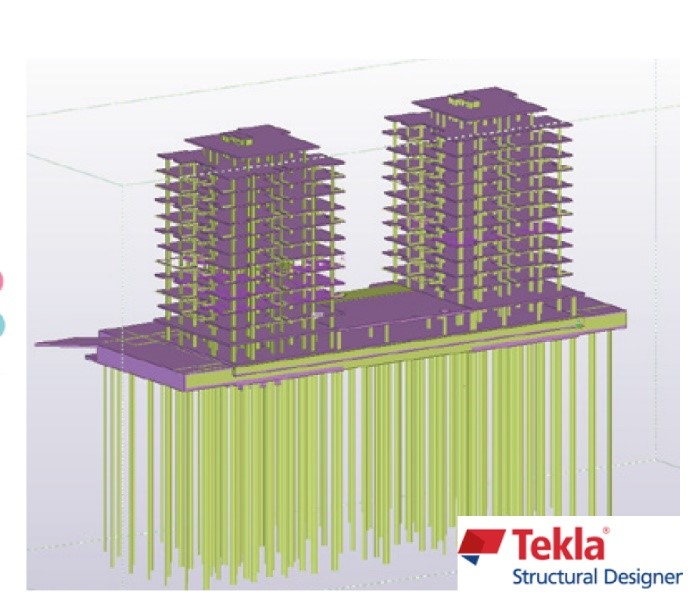 Asdea S.r.l. strives to stay up-to-date with the most innovative technologies on the market, bending them to our needs and exploiting them to their full potential. The company has made the BIM process its modus operandi, recognizing its considerable advantages and defining procedures and internal standards that can optimize time and design costs.